When does the lesson have to change?

When it snows in Cave Creek!

Some people may ask, ¨What is so exciting?¨ but for us Arizona kids, snow is a miracle. Today at school it snowed for the first time in a long time. The last time we had an encounter close to snow was two years ago when we had slushy hail that we got to play in, it made it into the yearbook and was so fun. The snow today was real snow, white, fluffy, and beautiful. The snow wasn’t on the forecast so it was a bit of a surprise, but our amazing teacher let us go out and play in it. We got to have a snowball fight, make a snowman, get wet, and have the time of our lives. Snow in Arizona is so special and rare and you would only understand the feeling if you live here. I am so happy and excited to see what the future winter weather will bring and how much fun my friends will have, so I would just like to say, Thank You Mother Nature! 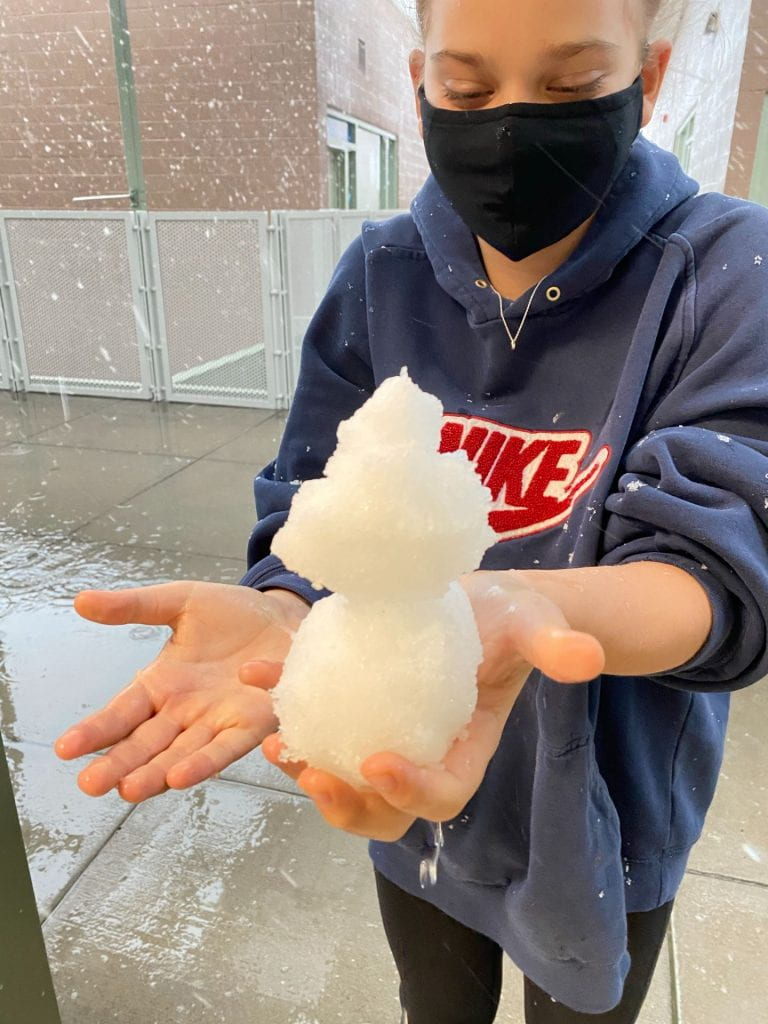 A haiku by Eoin S

Snow, you are fun to play in 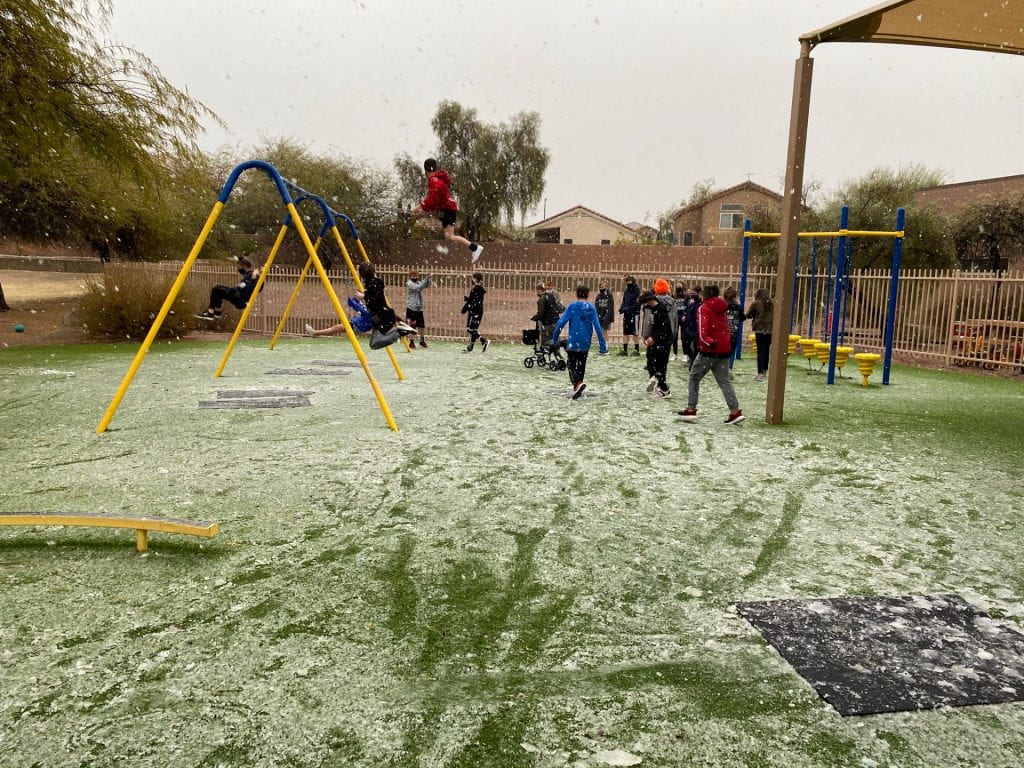 Oh why so cold

The snowflake on my nose

It danced in the air

It landed on my nose

All the kids were playing

Rain and snow outside

Today at Desert willow elementary school I guess you could say “It was a time of rain and snow”(Skibu INazi). Today started out as a sad cloudy day and by the third block it was pouring. Then came the fourth block, something so magical to see in Maricopa County Arizona happened, SNOW.

Was it snow or hail we will never know.

by:  Sydney and Maya

Today in school it snowed! Now you might think, “Gee mister, doesn’t it snow everywhere?”. To answer your question, no it does not, but today it was different. I was in school working, then all of a sudden it started snowing. Here’s the thing, I live in Cave Creek, Arizona so it does not snow at all. Here are some comments from other students.

“I was thinking it was so cold outside but I was not expecting snow.” Gaven Edwards grade 6. “I think it was really cool that it snowed because I had never seen it snow before.” Layth Yaziji grade 6. Finally “I wanted to run and scream.” Mrs. Doran teacher, sixth grade.

Today was one of the best days ever! Cave Creek Arizona is a very dry and hot place, we barely have any seasons here. But…… today we got SNOW!!! The snow started as just rain, then hail, Than before we knew it, it was snow, (and by we I mean my classmates and I). In conclusion snow is so much fun to play in, and I had a lot of fun and hope that I get that experience again!                      by Gabby M

4 thoughts on “Our Whirling Wintry Day”